The Digitale Schulbücher project: YDP is licensing its technology to over 80 educational publishers in Germany

In 2010, a group of German publishers agreed to establish a common platform for the production and distribution of digital textbooks. The publishers aimed for the common, nationwide solution for easy production of high quality interactive textbooks and their delivery to schools and students. Over 80 publishers, competing on a daily basis in a very mature market, agreed to start the project led by the German Association of Publishers.

Since the very onset in 2010, Young Digital Planet has been approached as a preferred supplier of the technology: digital books authoring tools and the distribution platform. The idea of the solution required thoughtful market research and analyses as well as well-judged deployment and implementation. After the Proof of Concept Phase in the selected German schools, the system proved to operate successfully and the idea of using electronic textbooks confirmed its usefulness among teachers and students.

The selection of Young Digital Planet as a vendor was based on the company’s technical know-how demonstrated in its proprietary technology for creating and distributing interactive publications. Services and constant development of the technology brought additional value by YDP.

The 1 of December 2011, the German Association of Publishers and Young Digital Planet agreed a licensing contract for the Digitale Schulbücher project. The public unveiling of the solution in Germany was planned for Didacta - the Education Trade Fair in Hannover on 10-14 February 2012. The solution was warmly welcomed and approved by visitors of the Fair. The press conference also proved to be a success with over 70 journalists specializing in the educational and technology market. The key interest was revolving around the recent announcement by Apple regarding iBooks 2 – both platforms set the trend for integrated digital books delivery, yet the one presented by GAP and YDP operates in an open, online and offline environment. The first market response will be available by the end of 2012.

Young Digital Planet owns the technology used in the project and will be offering the Digital Books platform to publishers worldwide. The international premiere of the new technology product is planned for the London Bookfair 2012. 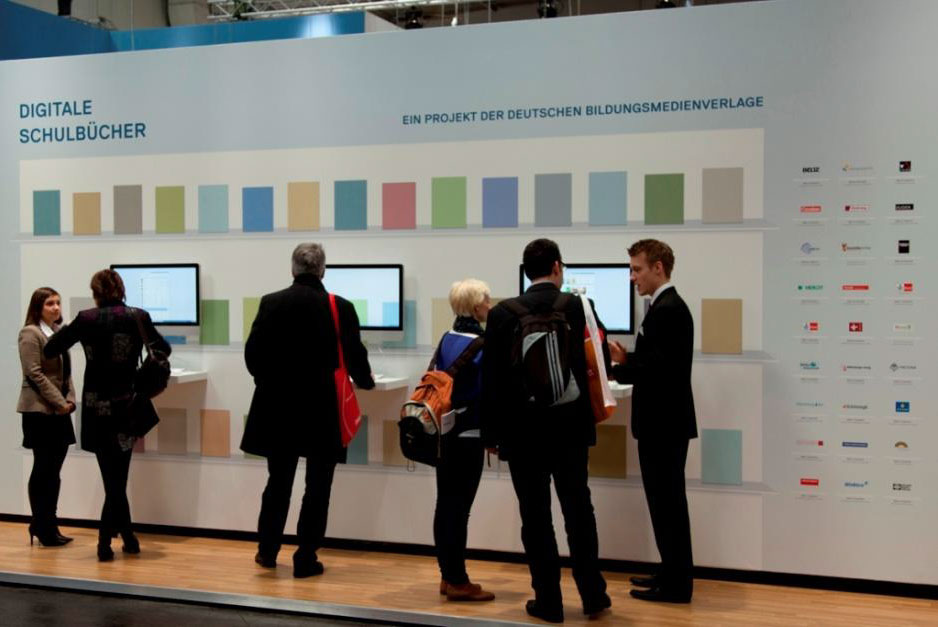 German Association of Publishers at Didacta 2012, presenting the Digital Schulbücher