The study took place on the 20 January 2010 at one of the International Elementary Schools in Tricity (Poland). It was done at the computer room and conducted in English. Few random lessons were chosen to see the impact of certain developments that have been done to enhance the learning process.

We were particularly interested in the guiding characters that accompany each activity and provide a choice between 5 different individuals dressed in accordance to the theme (Sea adventures, Favourite Animal, Detectives, Harvesting, Favourite occupation and Going on a trip). But of course we were really interested in seeing the overall reaction to the lessons. The class was mixed: together with really gifted children, there were also those that struggled with basic concepts and were much slower in solving the problems. 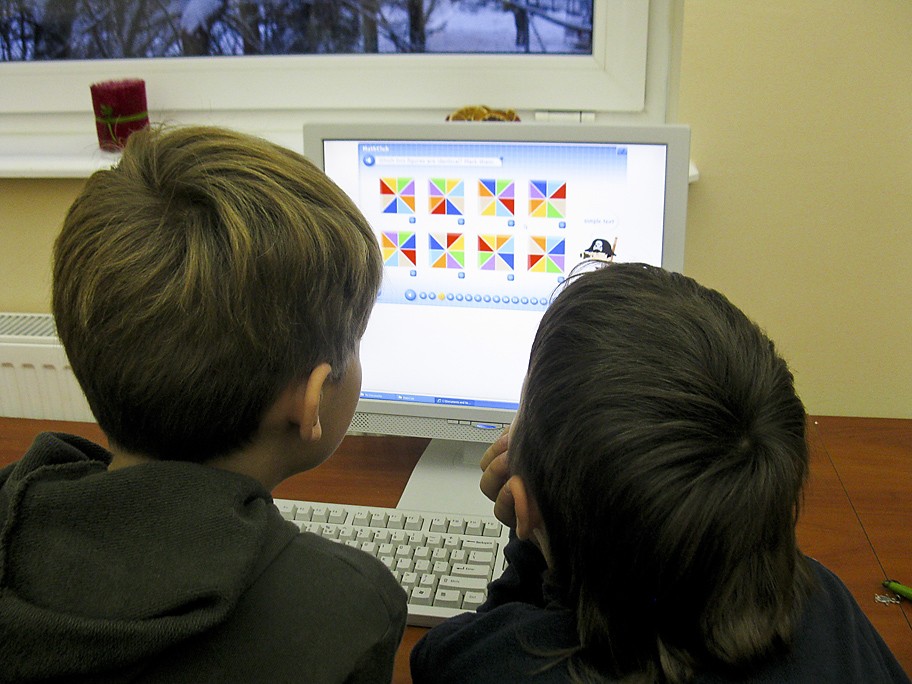 Direct communication with the teacher through emoticons

The teacher introduced the concepts behind the activities on a projector: the newest technology of handwriting recognition (and how the children should fill out the empty spaces for equations), the personalized guiding characters and the emoticons that enabled the kids a direct communication with the teacher and letting the teacher know whether they liked a particular activity or not and whether they struggled with anything or liked the drawings.

The kids got pretty excited from the very beginning. While the teacher still wanted to explain more about the special incentives that would be played at the correct completion of an activity (Young Digital Planet has prepared 40 distinctive animations that are played at random as a reward for a correct solution to a problem) and additional gifts, that will be available to them once a whole lesson has been done, the kids were too impatient, so they went on solving the mathematical problems.

We have noticed that there was a comforting balance in the way children interacted with each other: they would really focus on solving a problem on their own but then they would eagerly communicate with each other about the emoticons and the incentives, trying to see whether other students have gotten one as well. All the children engaged in the communication with the teacher via emoticons and spaces for notes, writing about almost anything from the fact that they loved the activity, found it too easy or too boring to the fact they found the beads or the map really nice or entertaining. We were surprised how important this additional feature turned out to be. The students felt that they mattered and that their comments were very important, so they really paid attention to putting some to every activity. 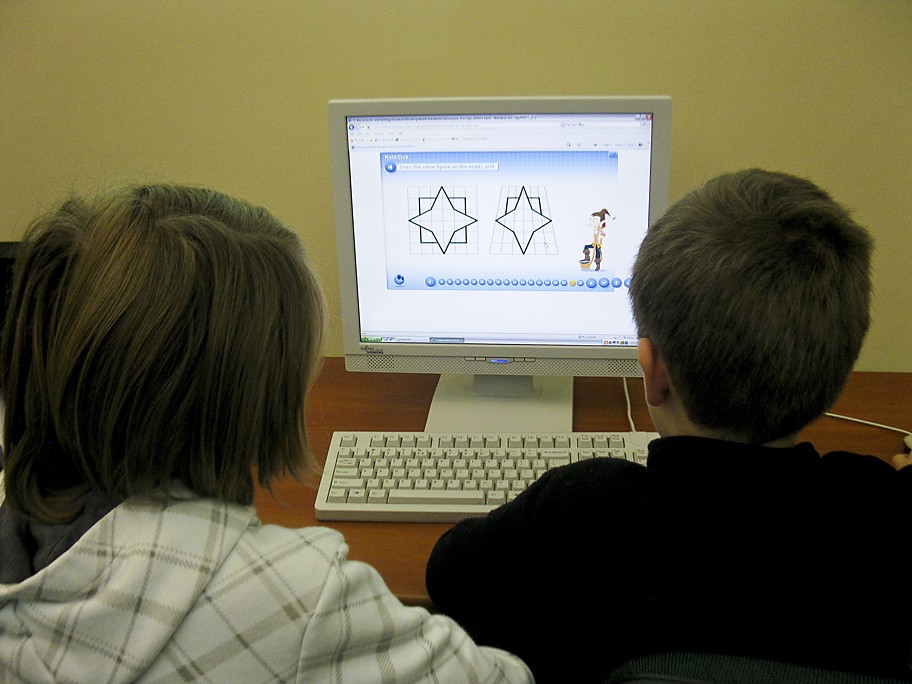 We have also noticed how varied the use of the product was at each desk. Some kids played with guiding characters at the beginning, but would then stick to a chosen character throughout the whole lesson. Some would go back and forth to the introductory simulations and some repeated the audio instructions. But overall they were much more engaged by the activities themselves and once they figured out that there were special incentives and gifts they started to try harder to get everything right. To the point where the teacher could not get the kids out of the classroom because they really wanted to complete one more exercise!

Immediate feedback
When we explained all the additional features of immediate feedback, possibility to check the answers and a button that would display the answers all at once (for verification) we started to see the variation in the approach to solving the problems: for some kids the ‘Show answers’ button proved of great and important help. Stuck at first as they did not seem to know what to do with a particular problem, they really gave it a go once they had seen the answers. As if they were unsure of themselves whether they actually understood what was being demanded from them. Some kids would check the answers only when no incentive showed up after completing the activity.

Most importantly: all the children were busy working, solving mathematical problems and they were all working constantly one way or another. The teacher was going from one desk to another supervising the work and she was stunned how smooth the process was with all the kids engaged and actually completing the tasks at their own pace.

At the end of the lesson nobody was rushing out, quite the opposite in fact – we could not get the kids out as they all wanted to see the next activity. They were very disappointed to hear that the next lesson would not be conducted in the same way.

For more information on Lower Primary Maths, visit the Young Digital Planet website where you will find a presentation of this course. Feel free to contact JolantaGalecka, Communication Specialist at Young Digital Planet, directly with comments or questions regarding this article or the product.

YDP was founded in 1990 in Poland. In 2009, the company employed an average of 370 people. YDP is an innovative educational e-learning solutions provider and its products are marketed in almost 20 countries in Europe and Asia.
www.ydp.eu