Donald Duck Has Over Million Readers in Finland 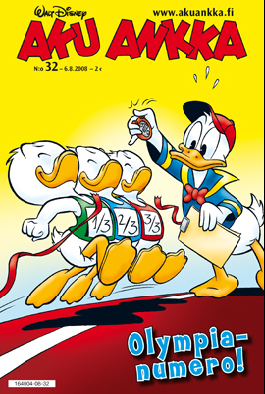 The biggest weekly magazine in Finland, Aku Ankka (Donald Duck), has once again reached one million readers according to National Readership survey. Also women's weekly Me Naiset has strengthened its position as the most read women's magazine in Finland.

"The most recent readership figures show that magazines are still very appealing to readers and that the numerous new launches have increased the interest towards magazines," tells Raili Mäkinen, CEO of Sanoma Magazines Finland. "Especially women's and family magazines did well in the survey. For instance women's monthly SARA was launched only less than two years ago and has already 124,000 readers among its 40+ target group," Mäkinen continues.