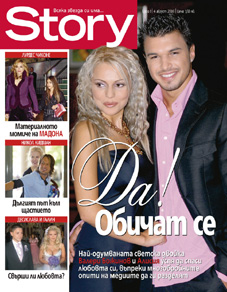 The stories in the magazine will show its readers the world of celebrities from the show business, sports, the art circles, etc. Each issue takes a peek in the homes of the stars, will show their preferred boutiques and will journey their favourite holiday destinations. Story will come out each Friday.